The first walk of 2013 and a swap back to the eastern end of the Thames, picking up from the last end point at Canary Wharf.

Unfortunately this was a rather grey March day with the threat of the 9 °C dropping towards the end of the afternoon. I took the Thames Clipper service to Canary Wharf to remind myself of the river route so far.

Approaching Canary Wharf for the start of the walk (Thames Clipper)

From Canary Wharf, it is clear that the river is becoming quite wide by this point. 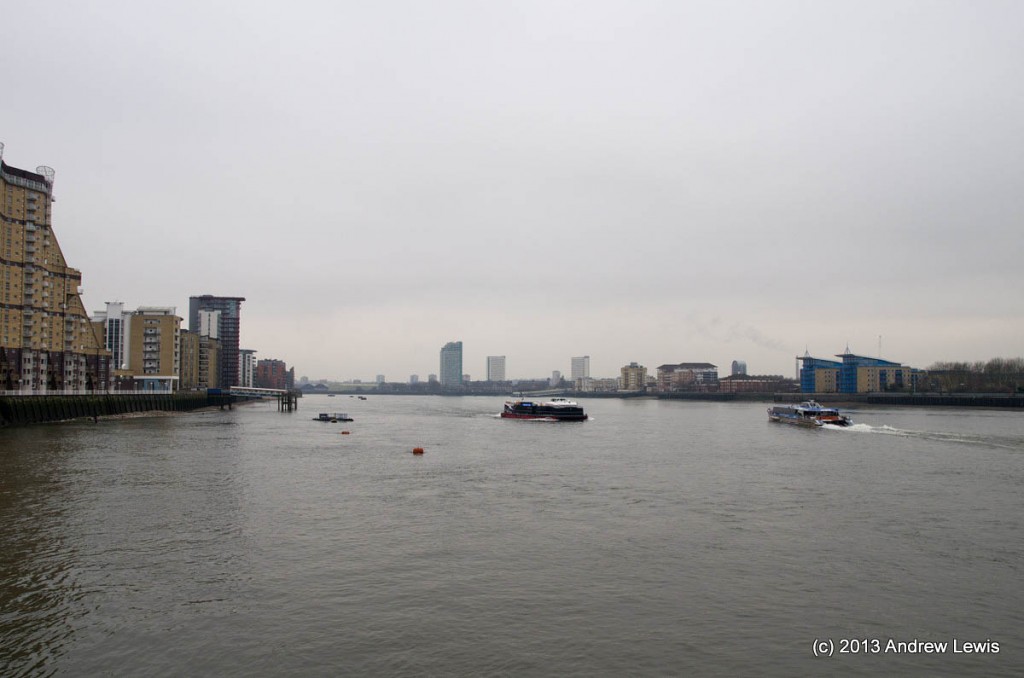 A slight detour was required due to river wall reinforcement works at Riverside South. 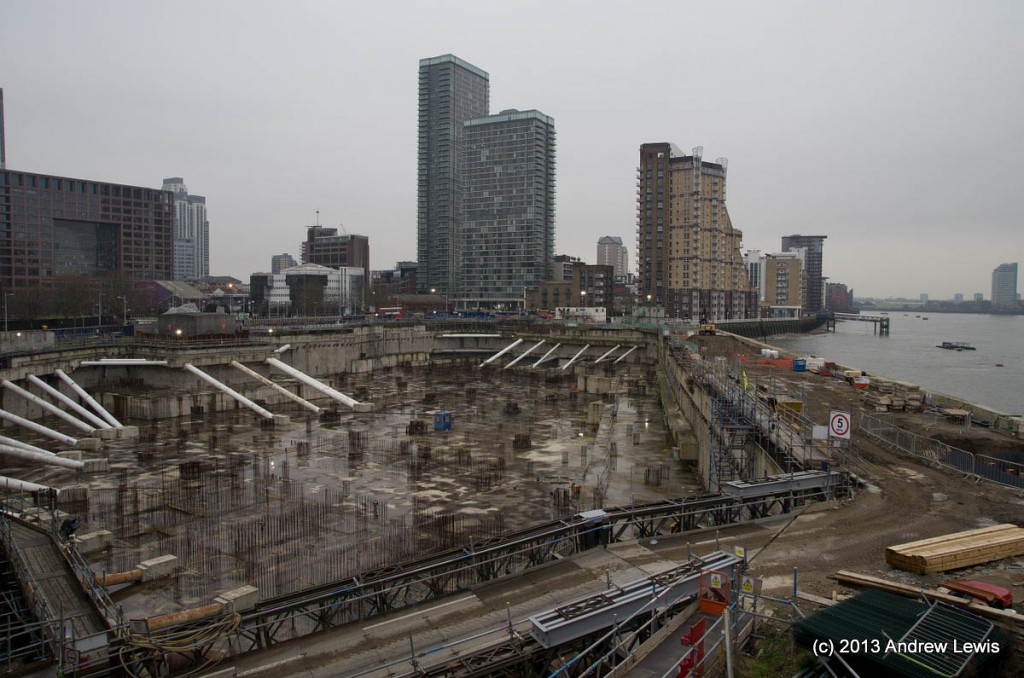 The detour meant a wander around the docksides of Canary Wharf before regaining the riverside. 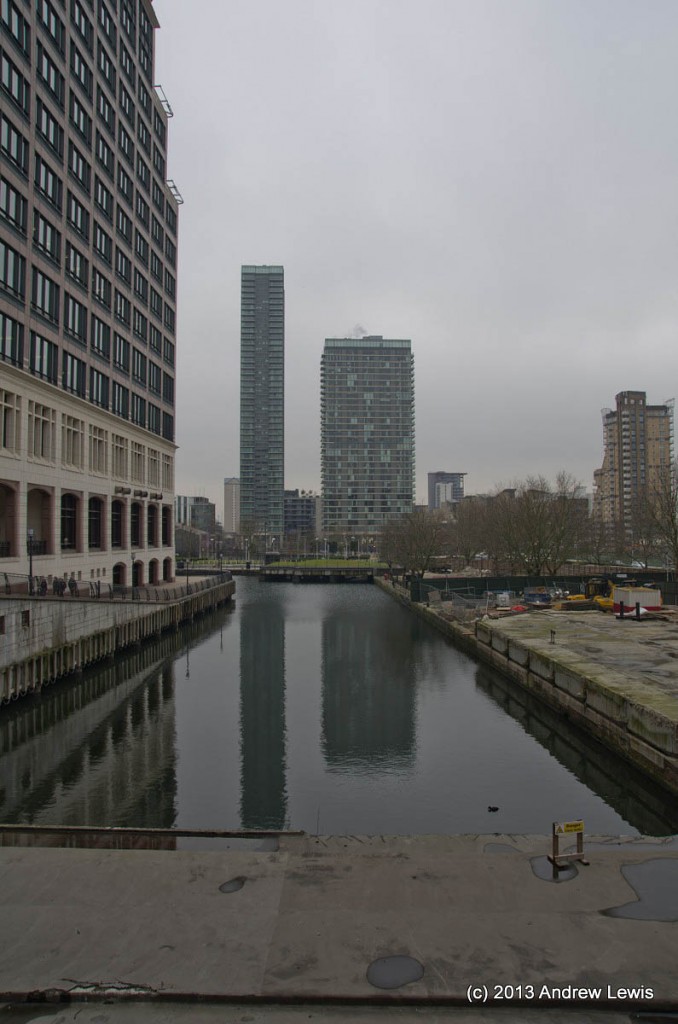 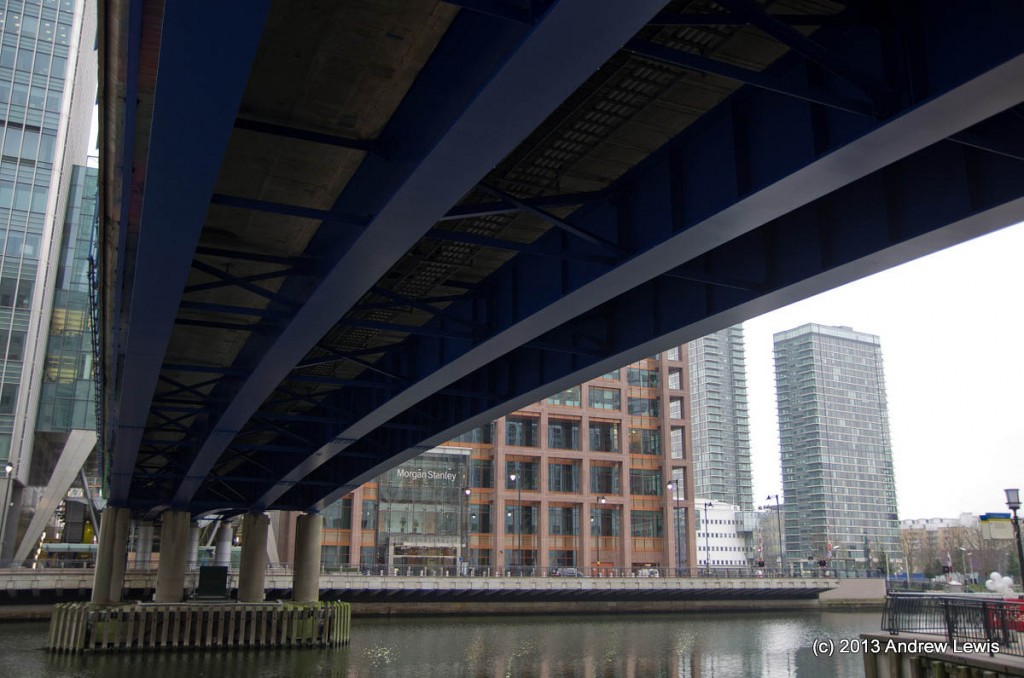 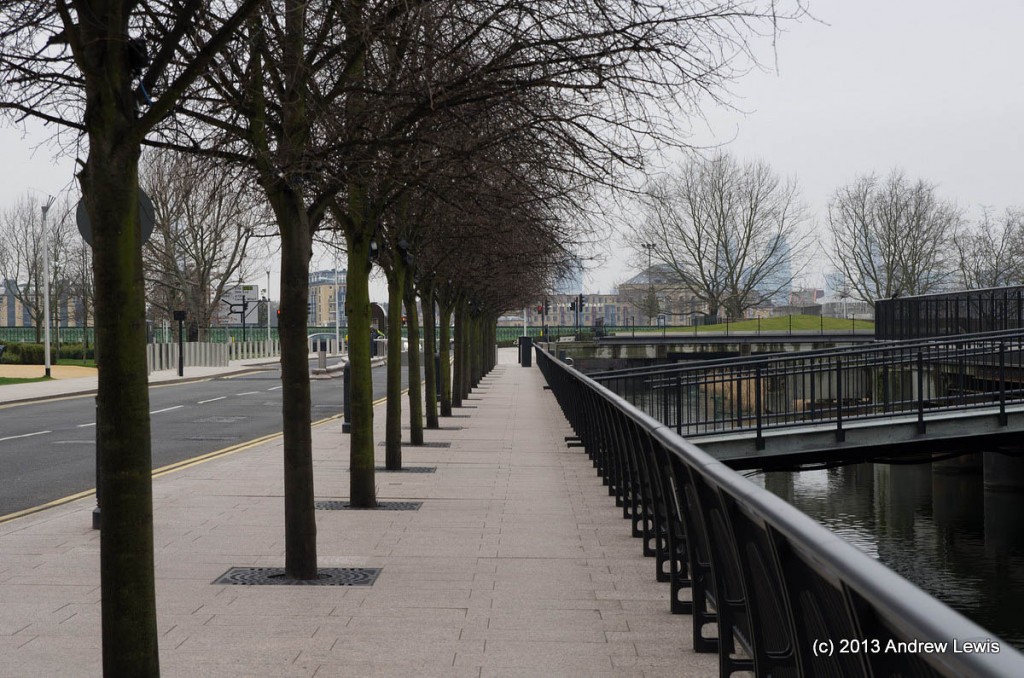 After leaving the Heron Quays area I was able to rejoin the riverbank and look back to Canary Wharf pier. 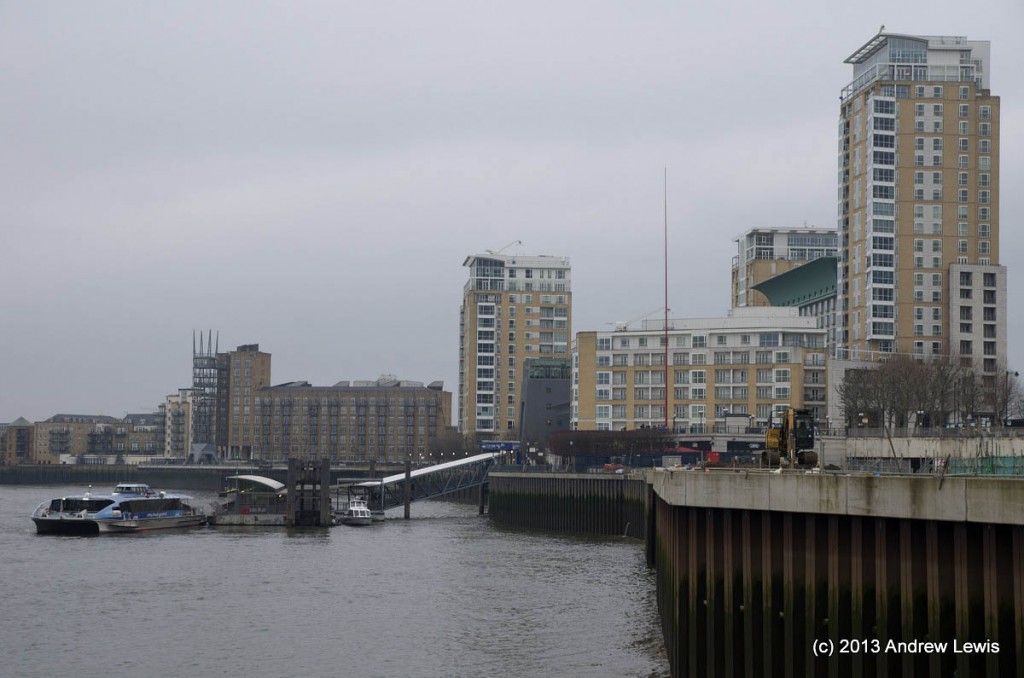 Looking back to Canary Wharf

The former Anchorage Point pier comes into view. Clearly it is no longer in use – either Canary Wharf to the north or Masthouse Terrace to the south are used instead. 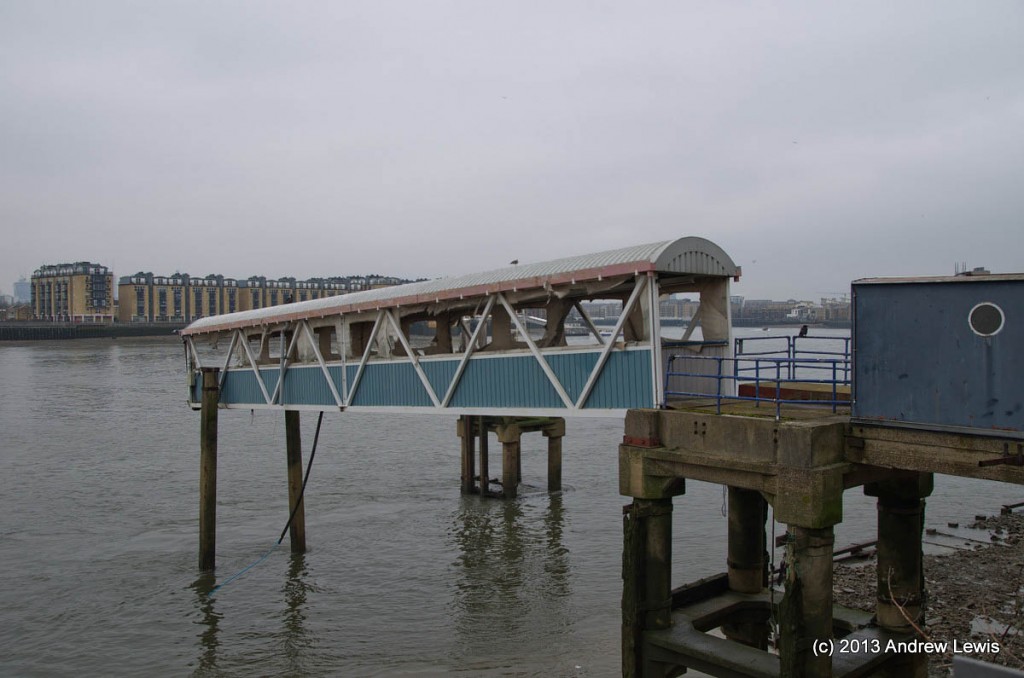 Unfortunately at this point, the Thames path is obstructed by private dwelling and land so the official path detours inland a short while. 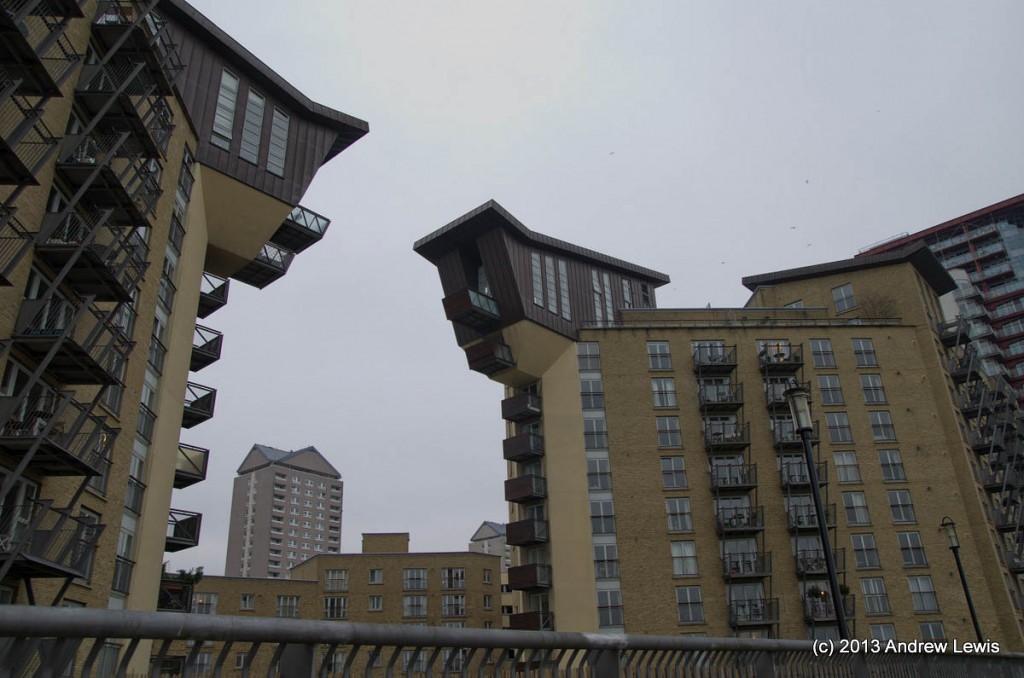 After a detour, the path leads through an estate and through an initially closed-looking fence (there is a staggered gap) underneath a block of flats, before it returns to the riverbank. 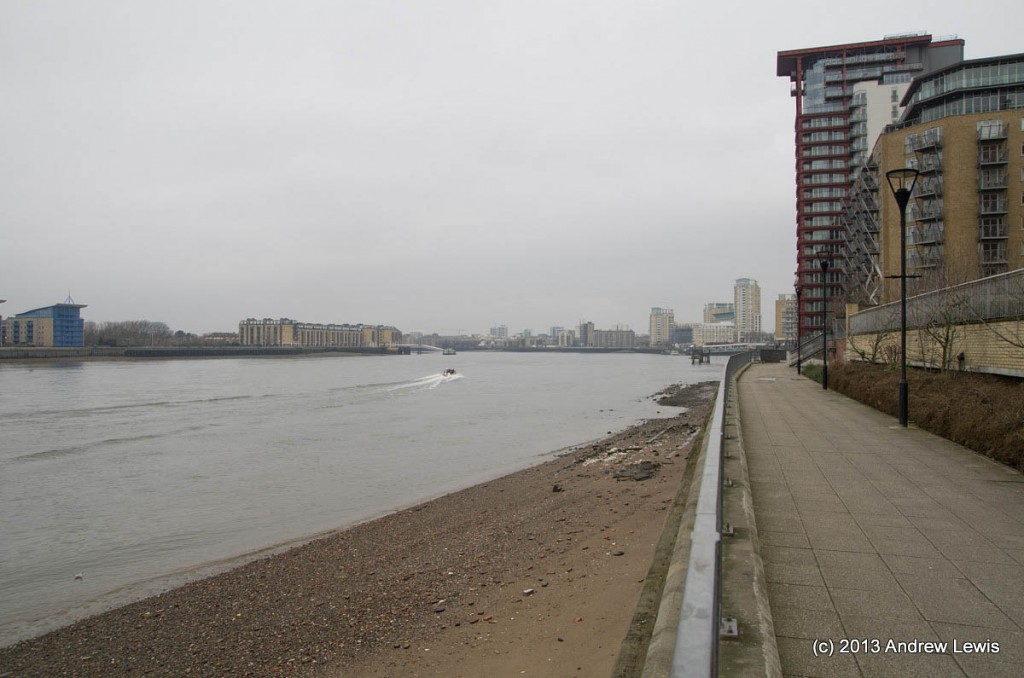 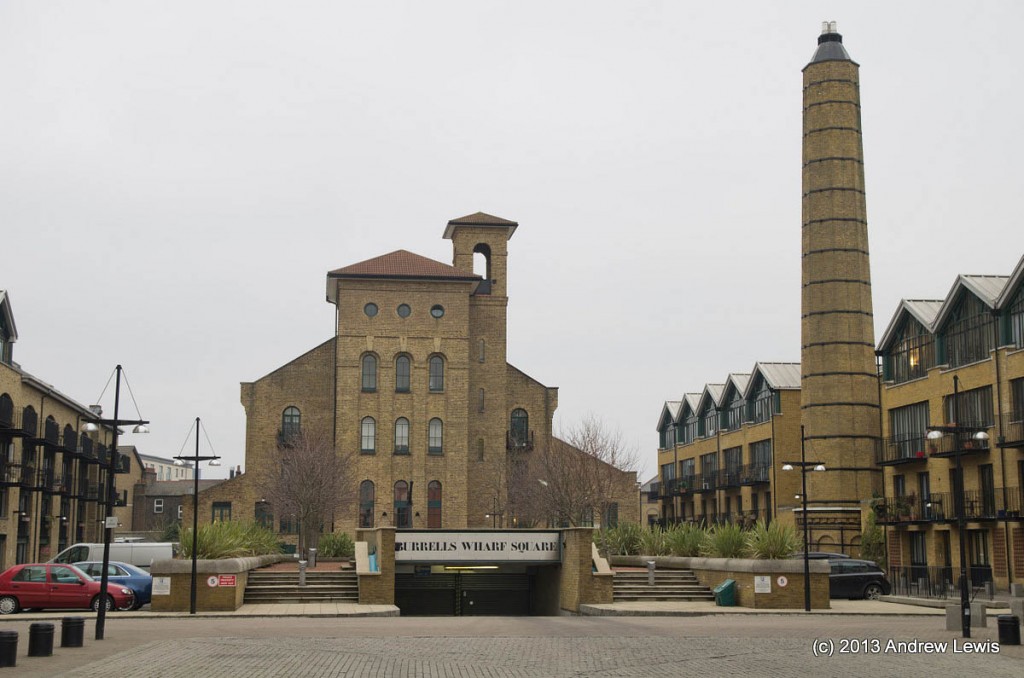 After the pretty Burrells Wharf area, the river starts to bend away to the east and Greenwich and the Cutty Sark come into view. By now it was late afternoon, the light was falling away and the street lights were starting to come on. 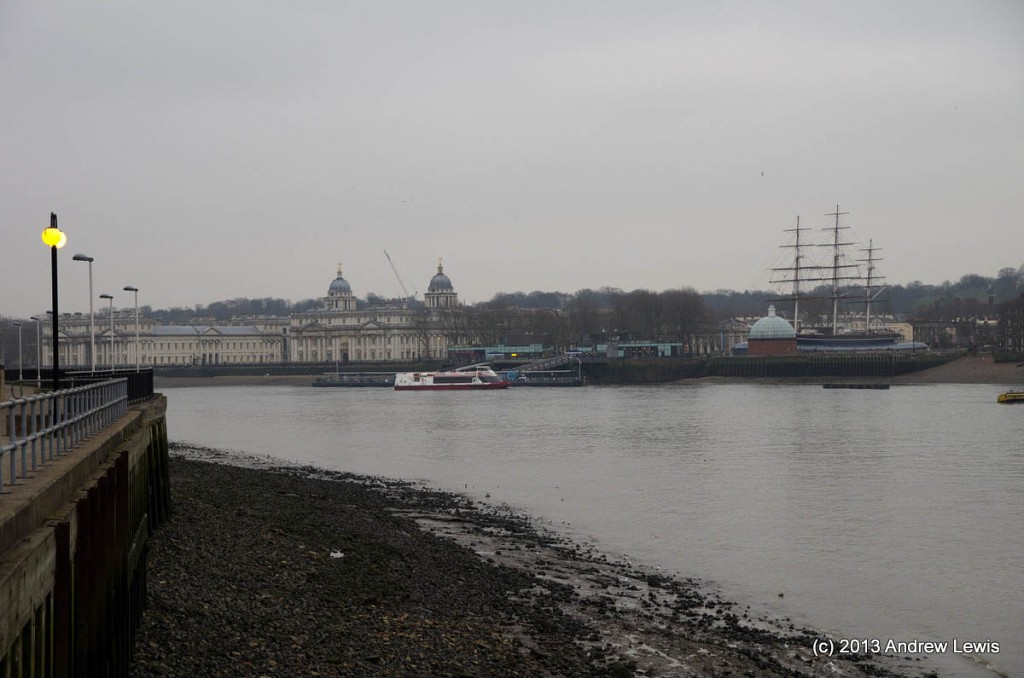 Rounding the southern tip of the Isle of Dogs, Cutty Sark and Greenwich come into view

One option here would to be to use  the foot tunnel and cross to Greenwich, however I elected to stay on the north side and continue along the Thames Path. 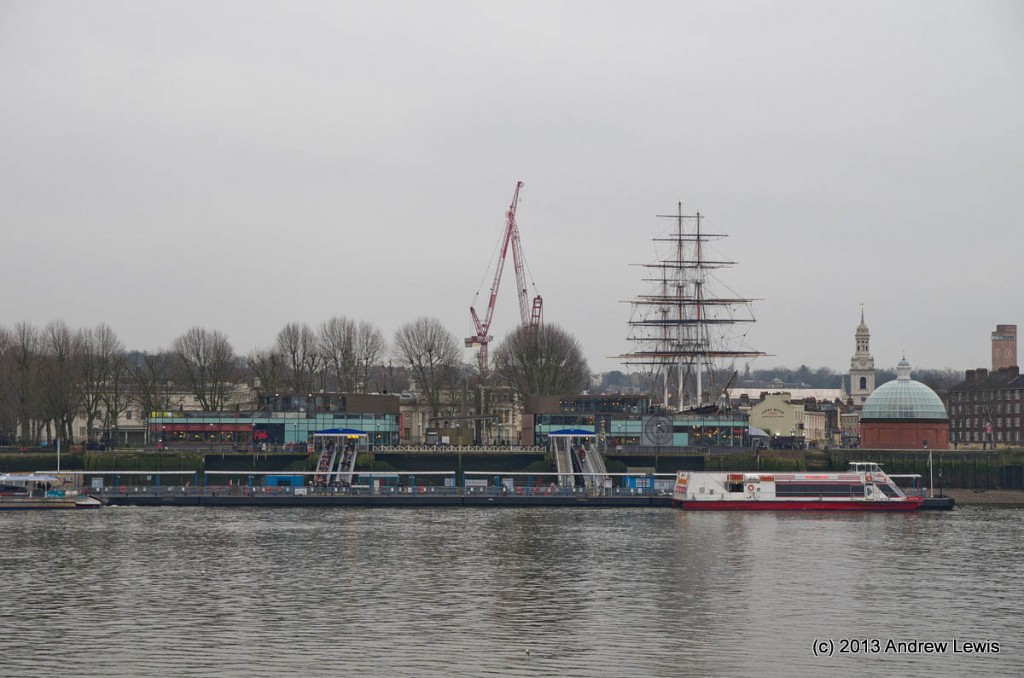 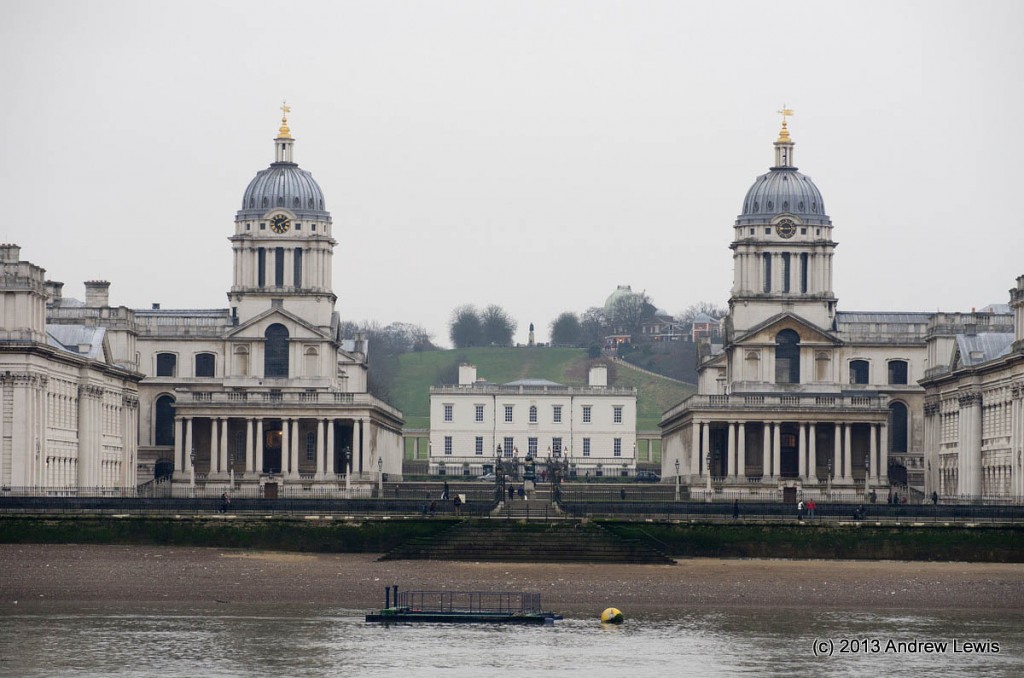 In the distance, looking over the North Greenwich peninsular, the new Emirate cable car comes into view, linking the  peninsular with the Royal Docks area and the Excel centre. The cable car was installed for last year’s Olympics. 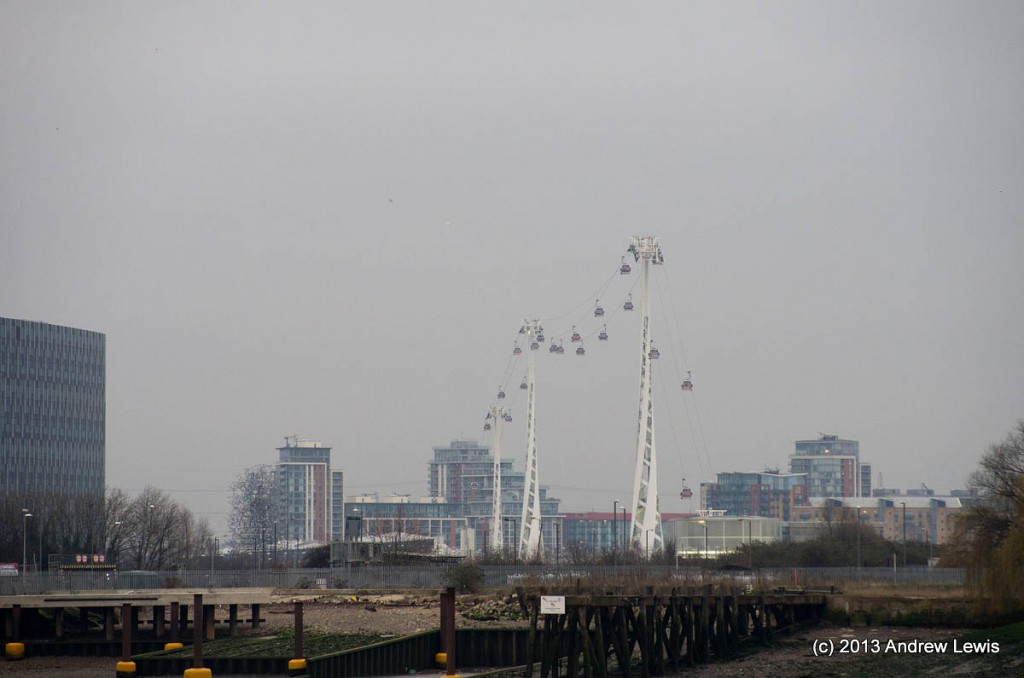 By this time the light was fading and the temperature was dropping so I decided to put the camera away and speed up. A few stretches of riverside continued, followed by a slight detour inland to cross over a docks entrance, before heading north past the vent shaft for the Blackwall tunnel and finally ending the walk at Blackwall DLR.

Overall the walk was just over 5 miles long. I guess a sunnier day would have brought out more colours.