This obviously left the sections from Kew to Barnes and from Westminster to Tower Bridge as not yet walked. Today, which was a slightly grey Saturday, I decided to finish off the middle section of the Thames with a short walk from Kew to Barnes. The walk started about mid to late afternoon. 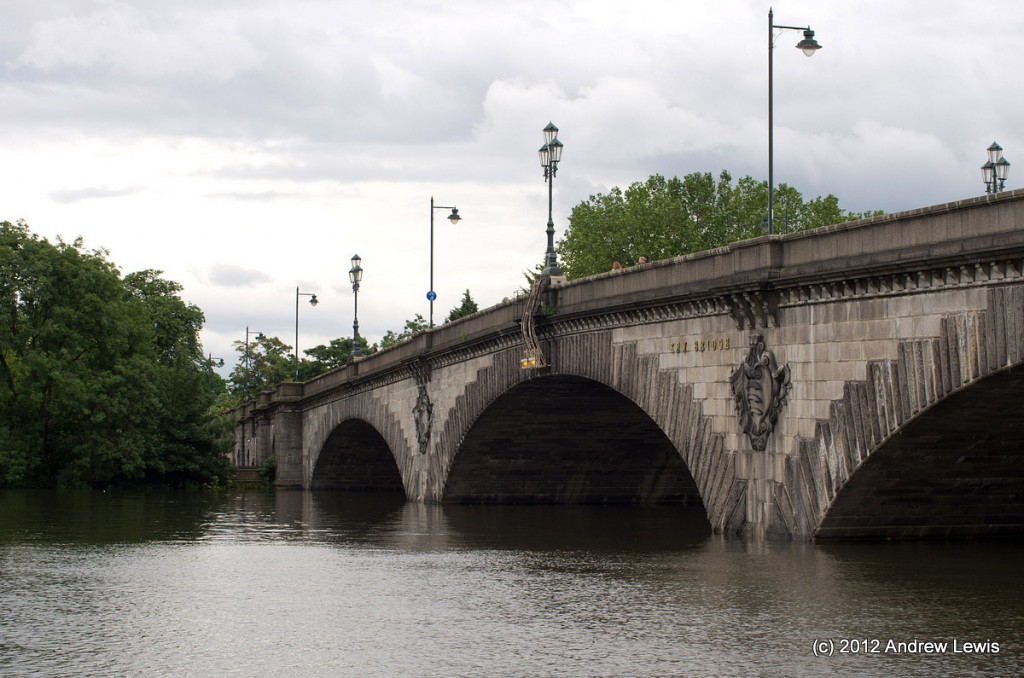 Another reason for tackling this walk on this particular day was that the river was running very high due to recent rain and a high tide, so I though it would be interesting to see what the riverside was like. 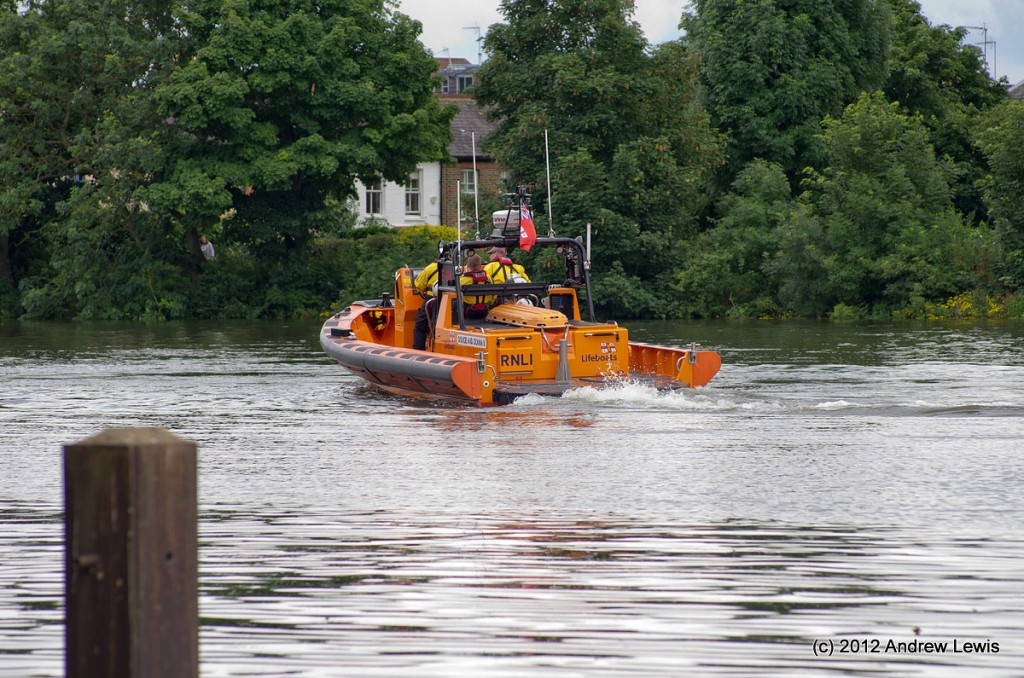 I was not the only one inspecting the river – the RNLI was also out. 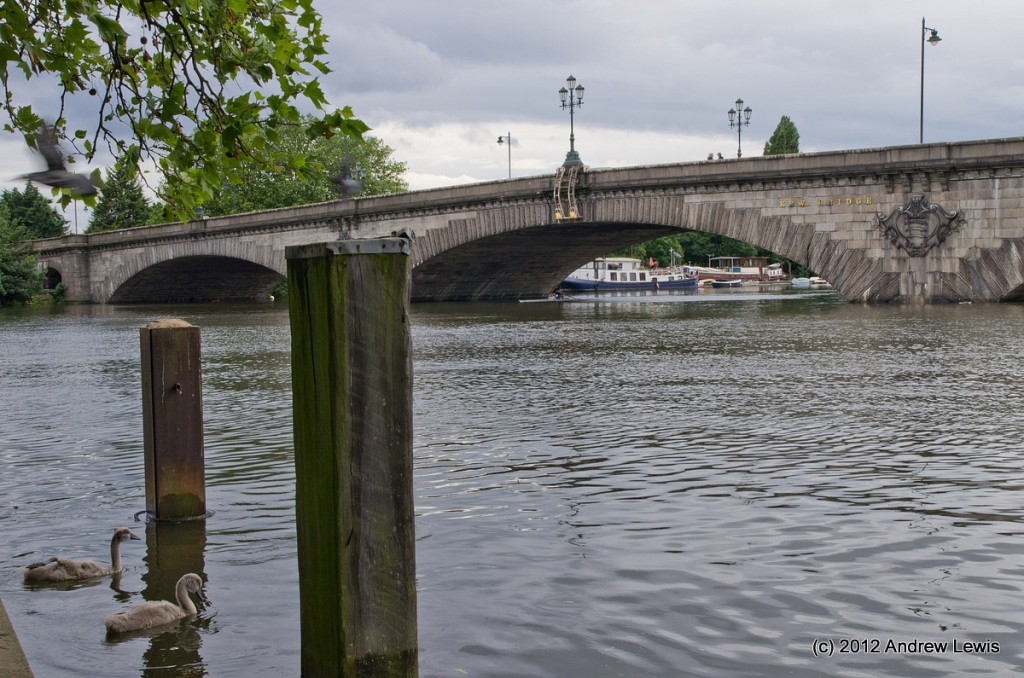 Looking back from the northern towpath it was clear to see just how high the river was at Kew Bridge. 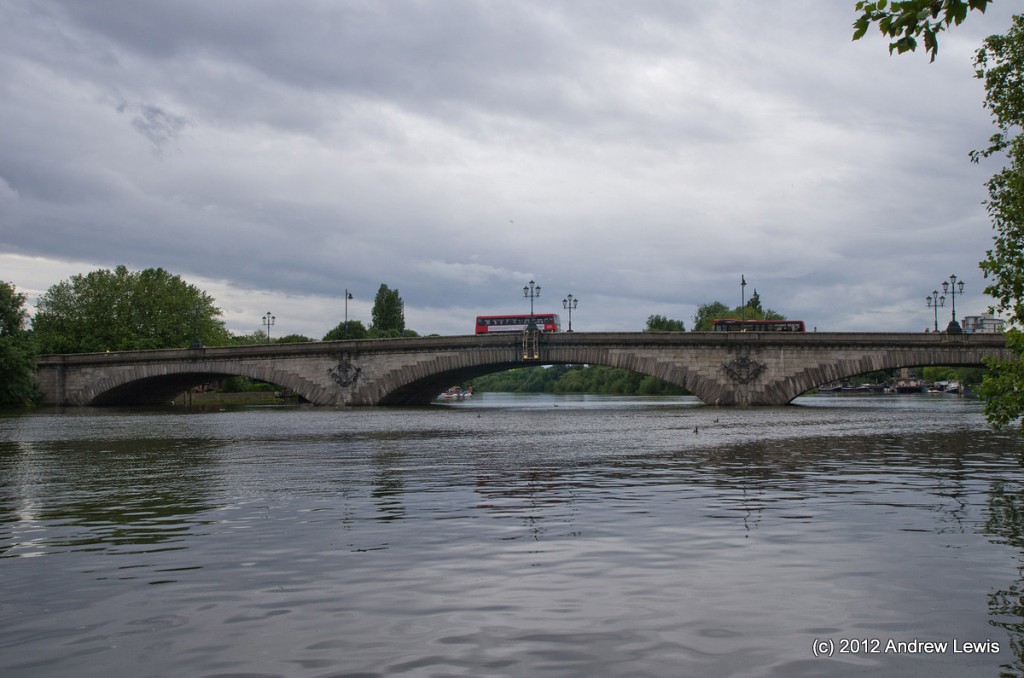 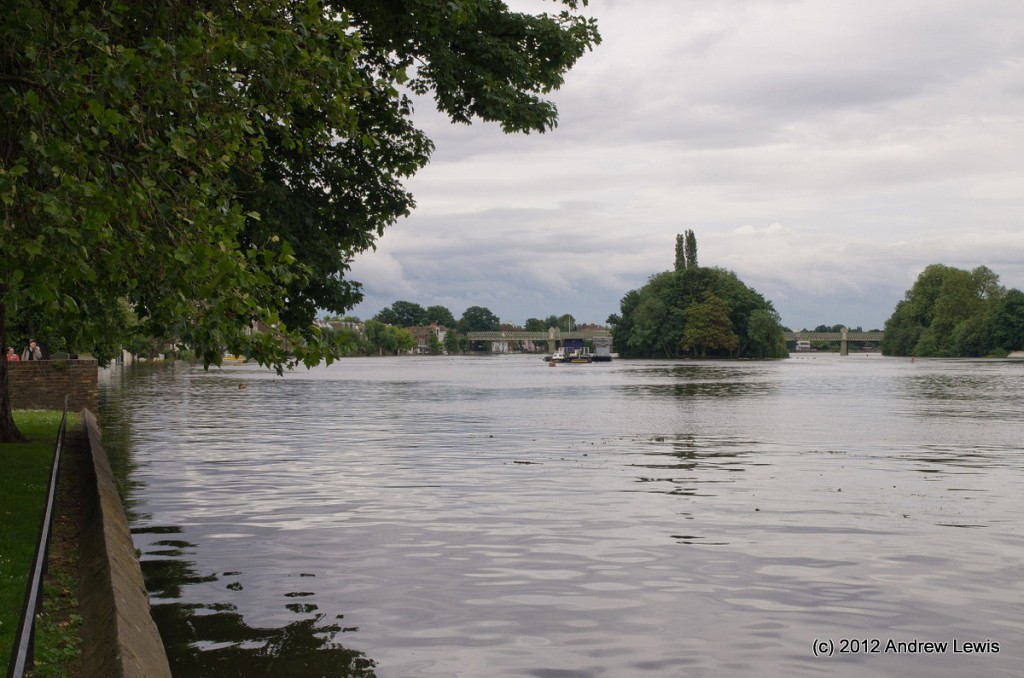 I chose the north towpath as that was the side of Kew Bridge I had arrived at. However, as the walk progressed, it became clear that the southern towpath would have been a better choice. 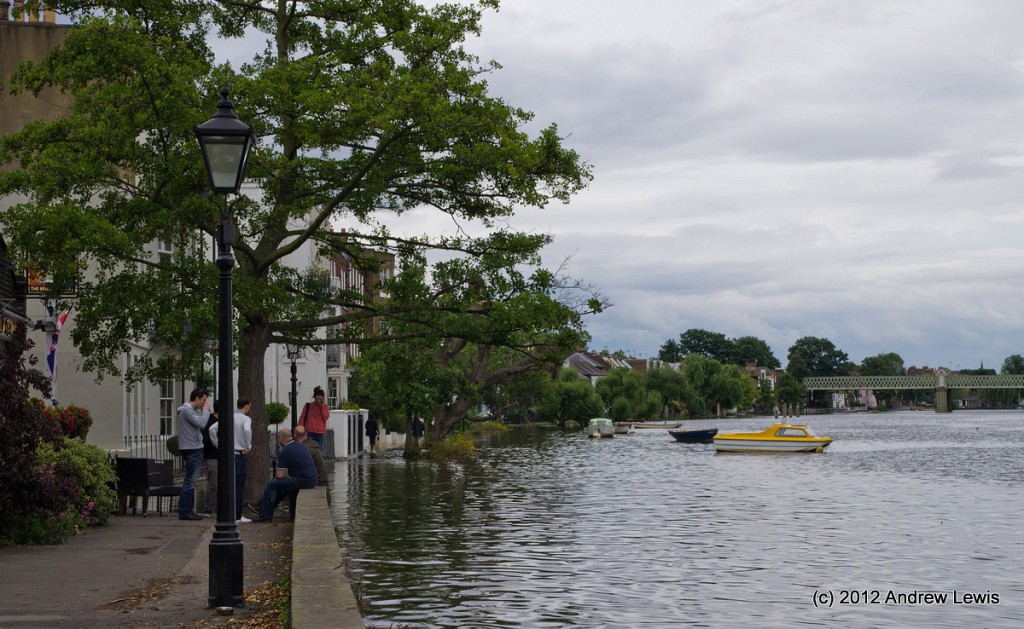 The Strand on the Green was more like the Strand under water – almost impassable. 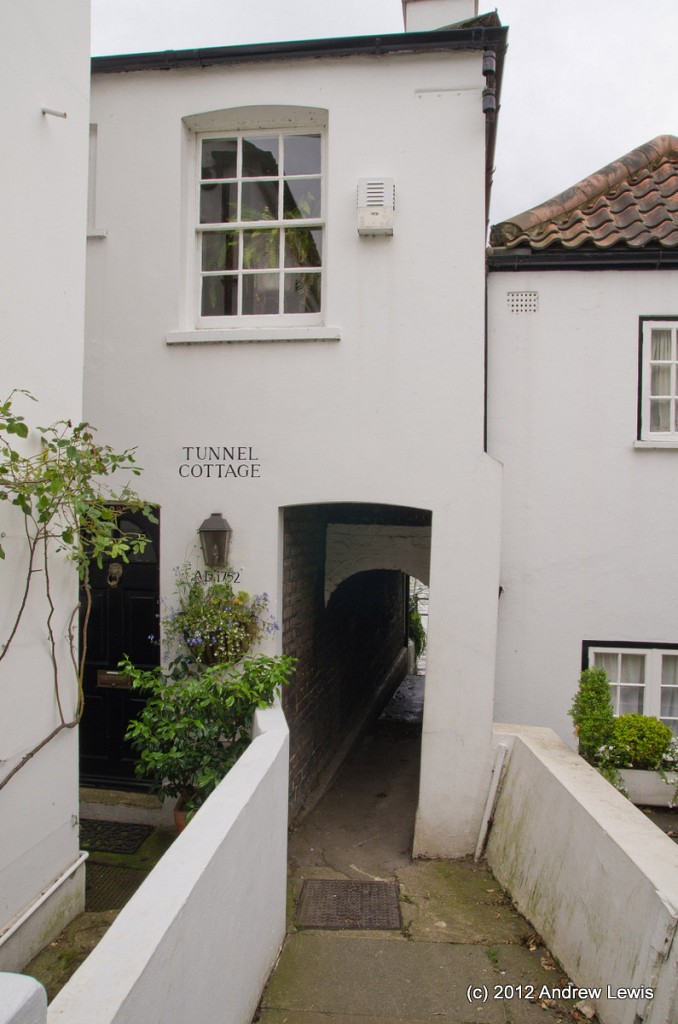 Down to the river

Even popping back down to the river occasionally such as through the alley way at Tunnel Cottage showed that the riverside path was completely under water and I had to continue most of the walk along Thames Road. The other towpath would probably have been a much better bet on this day. 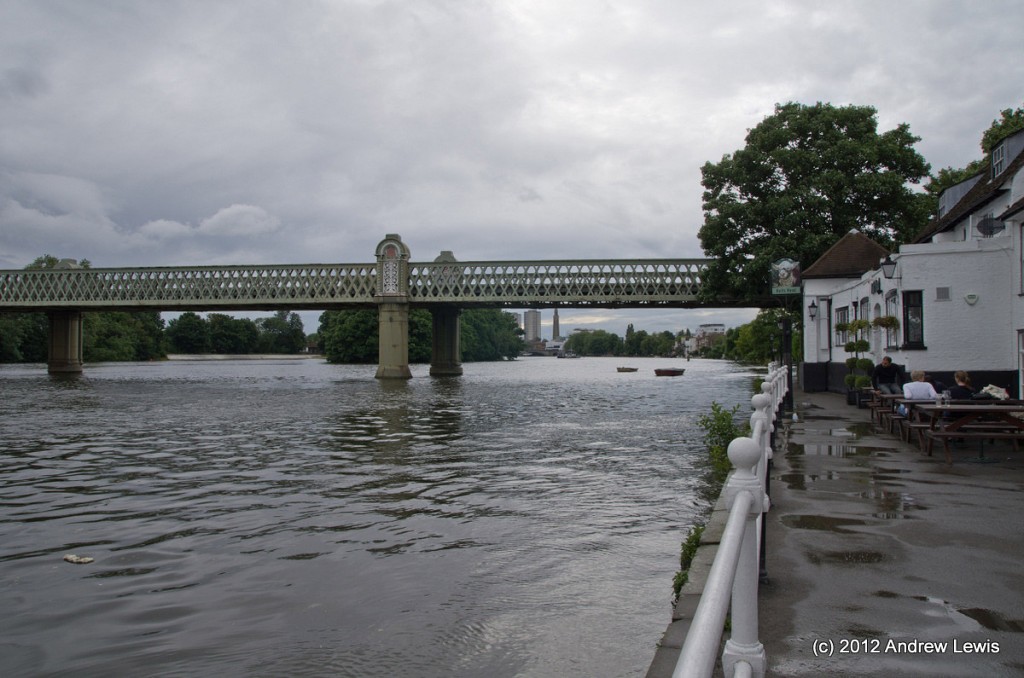 At the Bull’s Head, it looked like the tide was on the way out – the wet path was now just puddling and a few people were now able to sit out on the tables and chairs which earlier were swimming. 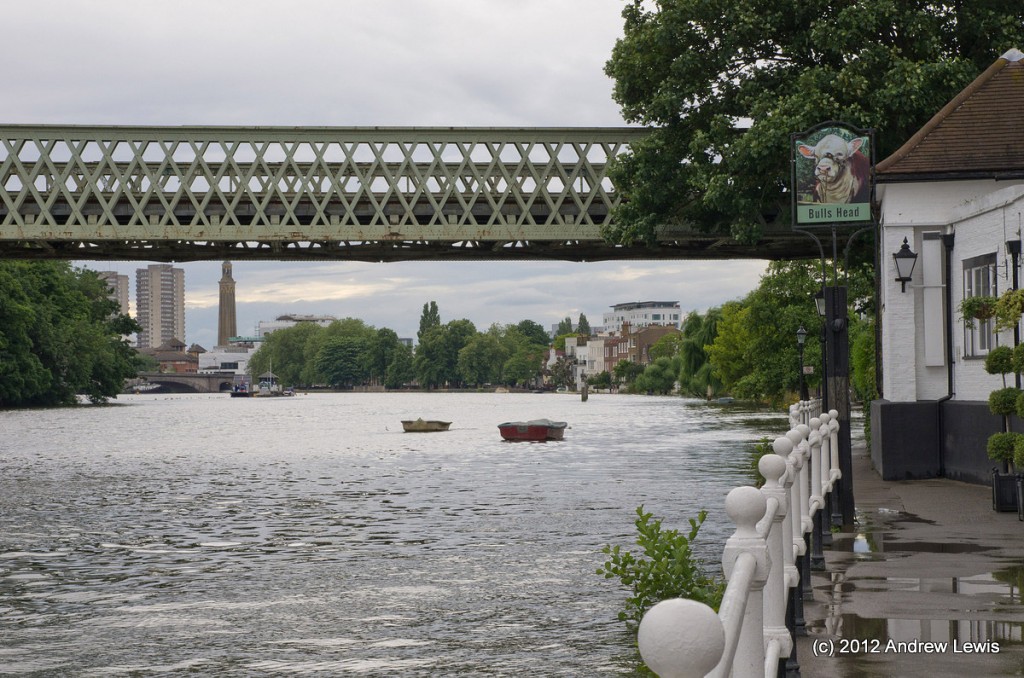 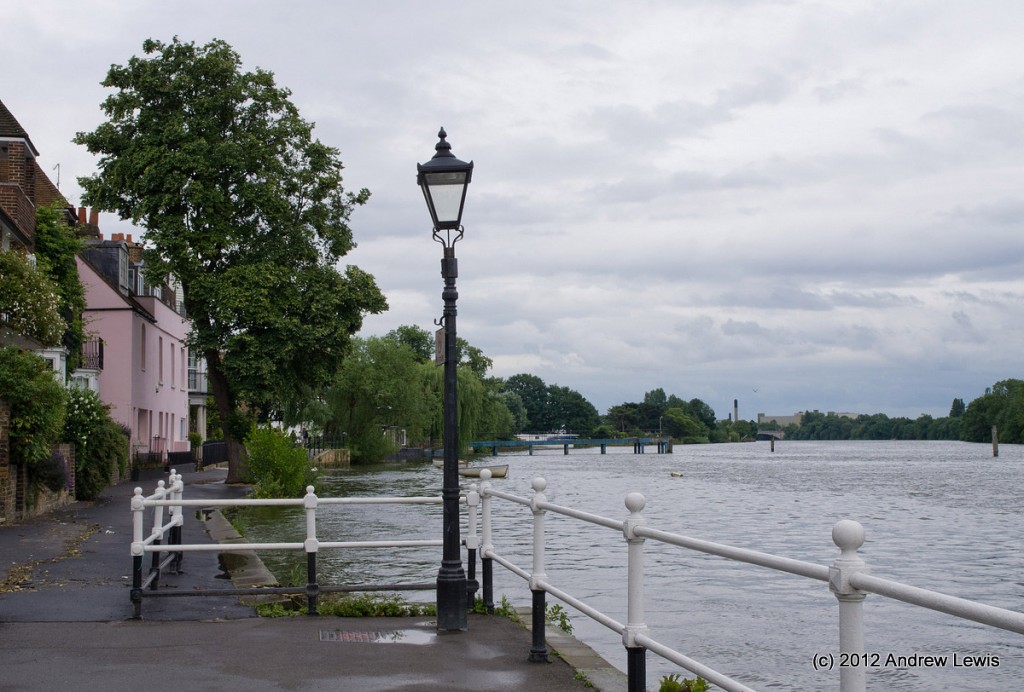 About to leave the river

Once again,  nearing Strand End, the public path ceases and the high water level precluded a walk across the gravel which would otherwise be exposed at low tide, so I headed inland, along Hartington Road. 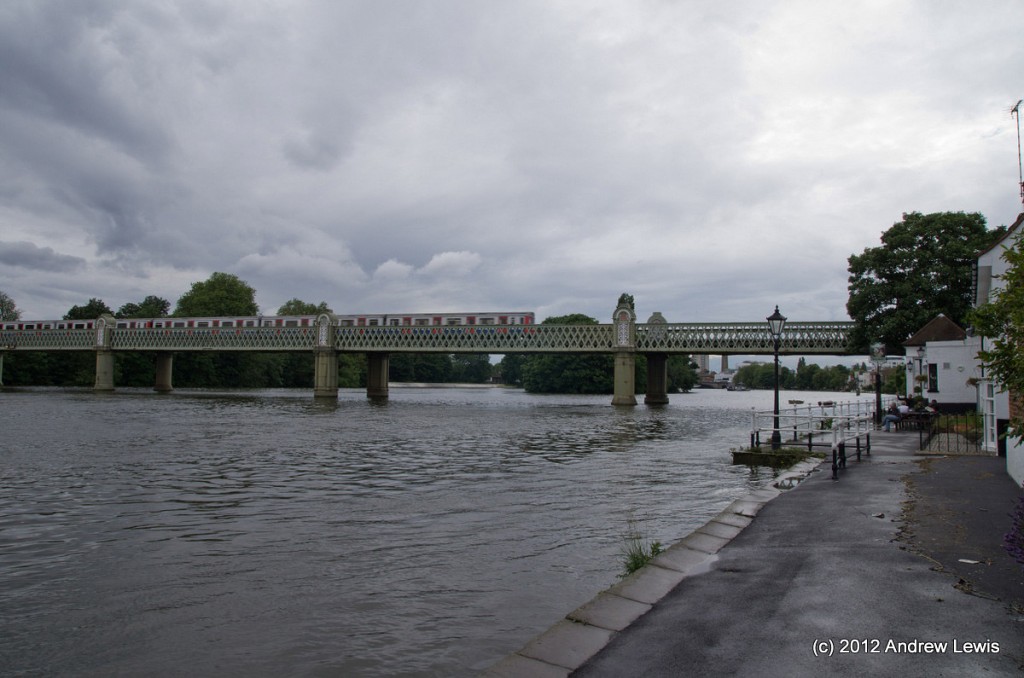 The University of Westminster sports ground (near to Chiswick House) reminded me I was approaching the Great Chertsey Road. after crossing the road I was able to use Dan Mason Drive to get back to the river side near Tideway Scullers School. 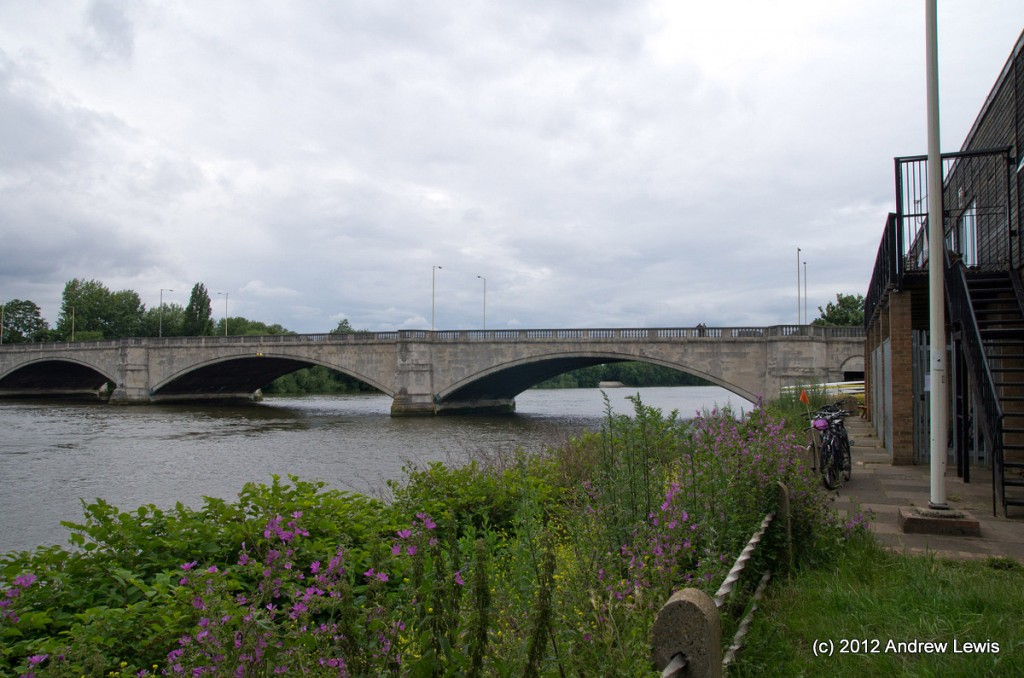 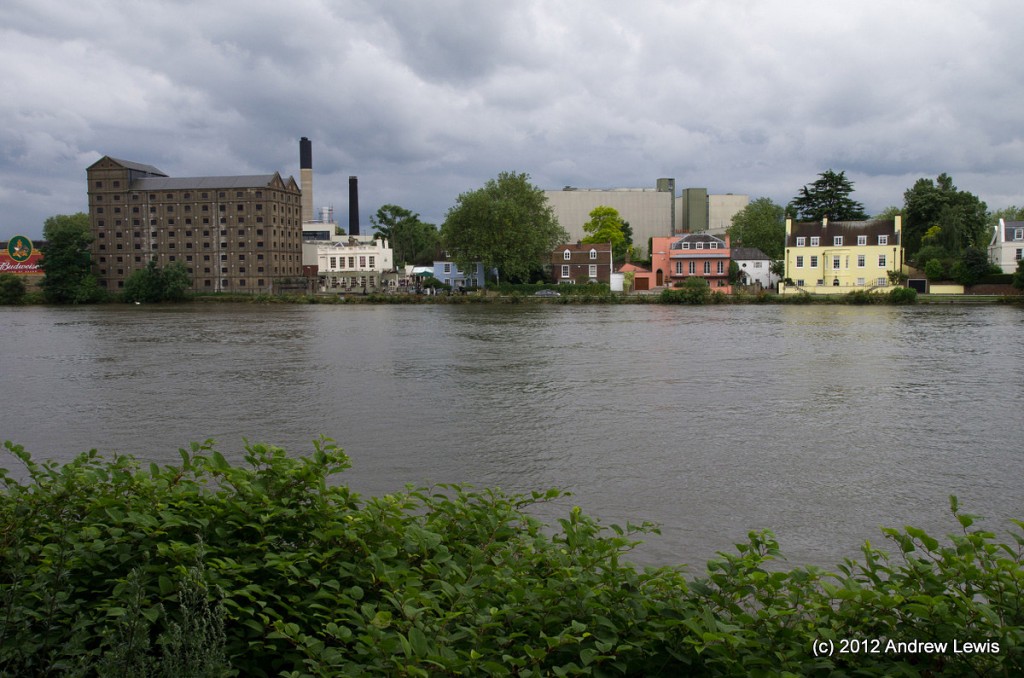 Across to the Stag brewery

The footpath continues alongside Dan Mason Driveway as it heads along the riverside, opposite the Stag Brewery, from where, earlier in the year, I had watched Cambridge beat Oxford in the annual Boat Race. 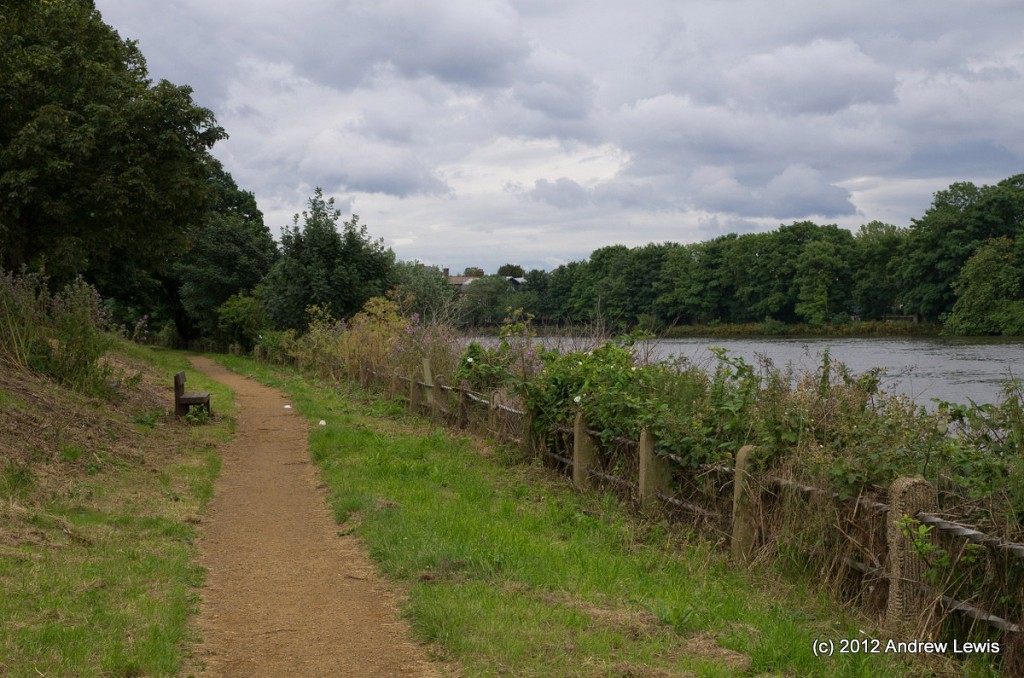 Coming to the end of Dukes Meadows, I had to head inland a little way, beside the railway line, in order to use an underpass to reach the other side, near the Riverside Health Club. 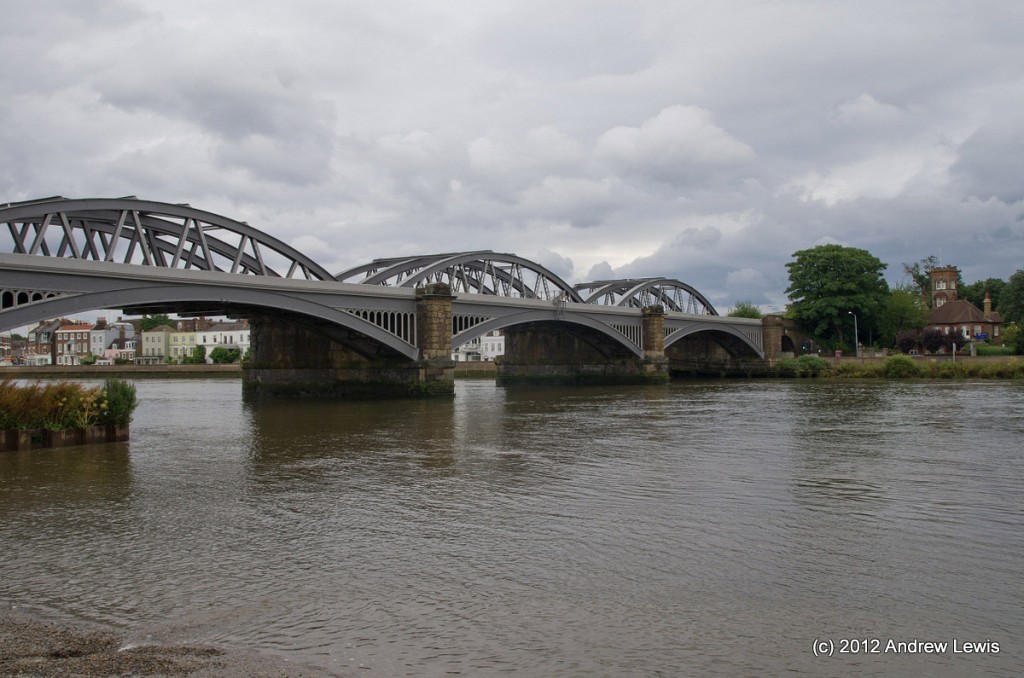 Heading back down towards the river (one on the north-east side of the bridge) allows access to steps up to the bridge level where there is a footpath across the bridge. 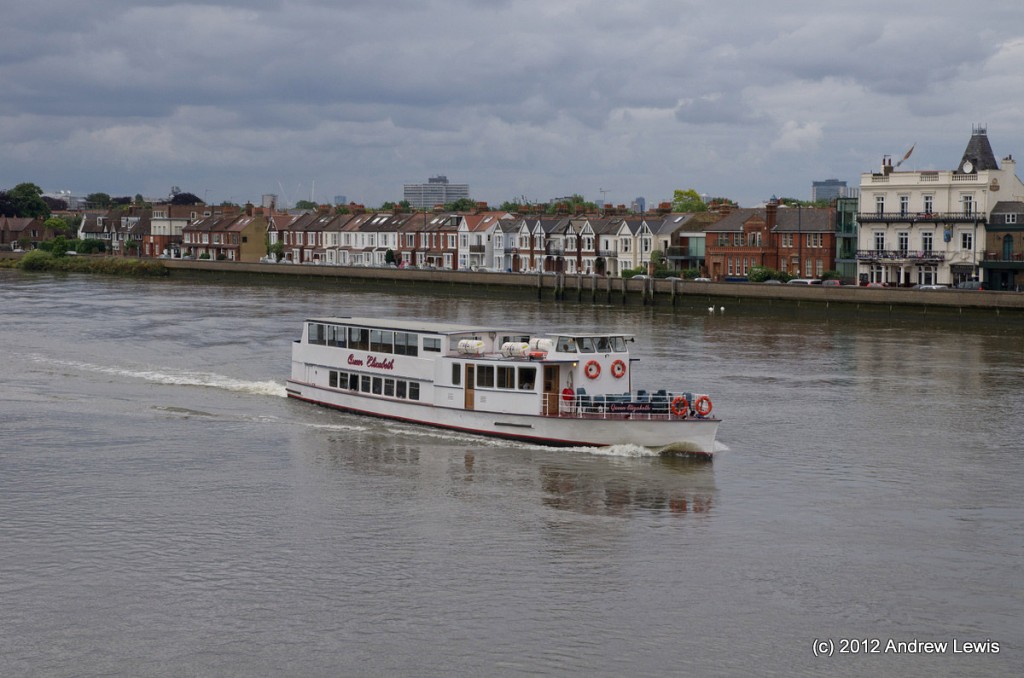 Looking down from Barnes bridge

And that was it. This 3.8 mile short walk came to an end. Perhaps next time, I’ll either go on a day of low tide, or try the opposite tow path.

View Kew To Barnes in a larger map