Just a few snaps from my digital camera (Canon Powershot S45) of tonight’s lunar eclipse. The clouds that had plagued the area in the afternoon with thunderstorms cleared just as the Moon was fully eclipsed. I managed to get a few shots of totality and some as the first rays emerged as the shadow of the Earth passed by. Some flare from streetlamps is evident as are some tracks of aircraft passing into the arrival stacks of nearby Heathrow airport. I only have a 3x optical zoom so I didn’t expect too much. Not too bad though – at least the skies cleared here!

Click on image to go to : media gallery for the lunar eclipse 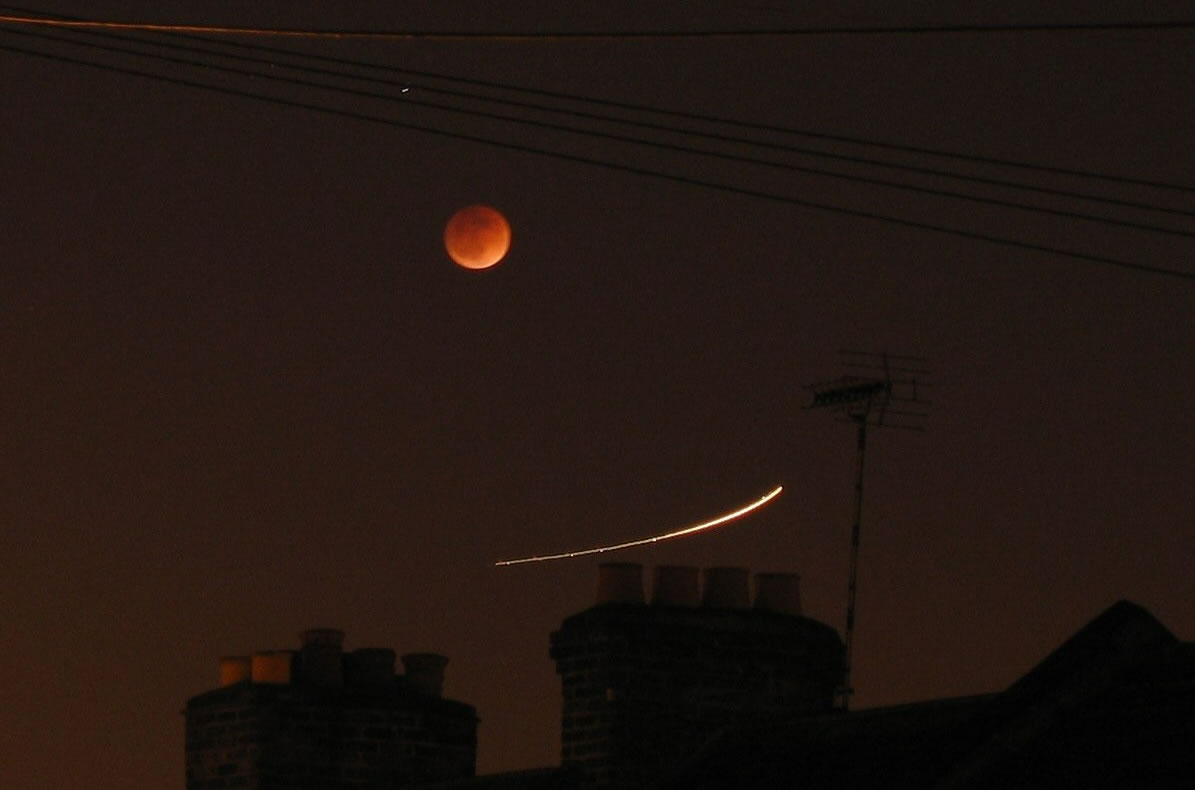